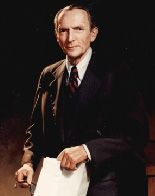 Mr. John Cooper
The John Cooper School was founded through the generosity of corporate and private benefactors, dedicated parents, and other supporters in The Woodlands and the Houston metropolitan area. It was named in honor of Mr. John Cooper, the long-tenured Headmaster of Houston’s Kinkaid School, whose expertise and counsel guided the school through its original formation and early years of operation.


Cooper officially opened on September 6, 1988, on a 43-acre campus designated for this purpose by Mr. George Mitchell. Mr. Mitchell is the founder and original developer of The Woodlands, a planned community of over 100,000 residents located 40 miles north of Houston.

The School began operations with an enrollment of 175 students in prekindergarten through seventh grade, and one additional grade level was added each successive year. The first senior class graduated in 1994. The opening enrollment of 1,294 students for 2021-22 represents the School’s largest ever student body.
A non-profit corporation governed by a board of trustees, Cooper earned its first accreditation by the Independent Schools Association of the Southwest (ISAS) in 1998. That accreditation was renewed again in 2008 and 2018. The School also holds memberships in the National Association of Independent Schools (NAIS), the National Association of College Admissions Counselors (NACAC), the College Entrance Examination Board (CEEB), and the Education Records Bureau (ERB). 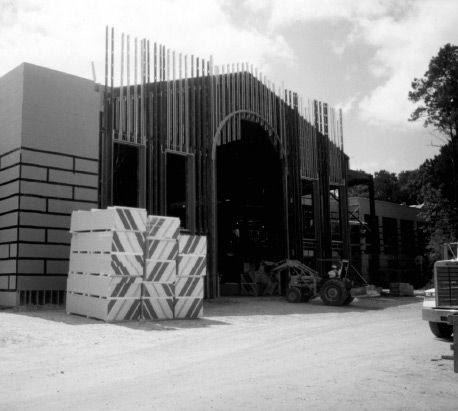 In 2011, a new Upper School library and four classrooms were added, synthetic turf was installed on the football/soccer field, and a scoreboard naming Pugh Field was erected. A Middle School football program was also initiated as part of a multi-year plan to develop football as a fall sport on the varsity, sub-varsity, and Middle School levels. An Upper School football team (grades 9-11) was added to the football program for the 2012-13 school year.

In 2013, the school opened a 18,000 square foot classroom addition to the Lower School, which facilitated the addition of 62 new Lower School students. This addition includes rooms for all fifth grade classes plus a music room, computer lab, and Spanish classrooms that are used by students at various Lower School grade levels.

In 2014, the baseball field was renovated with the addition of new dugouts, lighting, spectator seating, and an indoor hitting facility. Artificial turf was installed on the entire playing field surface, and the facility was named the Field Family Diamond at Finnie Park.

A new, 4,250 square foot Lower School Library building opened in 2018, and the former library was renovated to consolidate administrative offices.

One John Cooper Drive, The Woodlands, TX 77381
281-367-0900 or 800-295-1162
From Curiosity to Wisdom
The John Cooper School is an independent, non-sectarian, co-educational, college preparatory day school. Our mission is to provide a challenging education in a caring environment to a diverse group of select students, enabling them to become critical and creative thinkers, effective communicators, responsible citizens and leaders, and lifetime learners.

The John Cooper School seeks to attract qualified individuals of diverse backgrounds to its faculty, staff, and student body. The School does not discriminate against any individual in admissions, educational programs, personnel policies, general practices, or employment, on the basis of race, color, religion, sexual orientation, gender, gender identity, national or ethnic origin, physical disability, or age.
© 2019 The John Cooper School. All Rights Reserved.